I am an Irish mammy and for those of you who don’t know what this  is exactly, I would like to tell you.

Unlike other mammies  we are not always right , but we are never wrong or so my own mother used to say!! 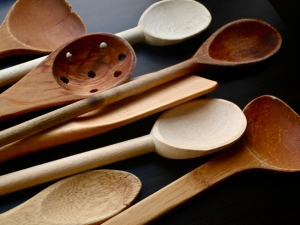 We are the boss of the house and also of the extended family and we usually rule with a wooden spoon. But despite all the harshness , we are undoubtedly the softest mammies of all and we are blessed with a great sense of humour , a sharp tongue and the patience of a saint that enables us to cope with anything that’s thrown our way. Now, don’t get me wrong , I know all mothers love their children unconditionally but,  God  took pity on  the  Irish mammy gave us a little extra. Not much changes over the years except the ”goings on” in the family but the solutions are much the same. Either a good clip on the head, a severe talking to otherwise known as a bolloking and when all else fails a strong cup of tea which has always proved to be the one thing that makes  everything ok.

Years ago the daddy of the house or the older brother whoever was the bread-winner got the best meat for dinner and the rest of the family got the cheaper cuts. Your only goal at meal times was to have a job so you could hand up house keeping money and get the nice meat reserved for the money makers in the house. You also had to go according to age ,and the amount of house keeping that was handed to the mother, let me explain:

Main bread-winner dad or in the event of his death , the eldest brother or sister got A pork chop, or the breast of a chicken or on a really special occasion a piece of mouth-watering steak.

Then it followed according to age , older boys got 3 sausages and more spuds(potatoes).Next in line got 2 sausages and then the youngest had mashed potato and gravy. See what I mean :). You never went hungry, if there was a bag of potatoes and a tray of eggs you could have meals for the whole week.  And so it went on, the girls and boys all had chores but the sibling who was working was spared and they were  occasionally served tea after ”a hard days work”. On the rare occasion there was desert it was divided out in a similar manner. As the years went on and more siblings contributed to the house keeping, the menu became better, the portions bigger and the once rivalry for the best dinner stopped. Except that is why there was a ”fry”. In Ireland that means a full Irish breakfast, and on Saturday or Sunday this was the meal everyone waited for , it was also first come best fed , so you can imagine the craic on those mornings for rashers of bacon, sausages, fried eggs, fried bread and black and white pudding. When you couldn’t eat any more you were ushered off to Mass in your best outfit and hat or mantilla. The customary inquisition about the ceremony and what priest said Mass was part of mammy’s duty every Sunday. That way she knew you went and knew your soul was safe.

Irish mammies have their own language that all Irish kids know and understand:

She instinctively knows when a coat is needed,

If an Irish mammy asks “are you not bringing a coat?”, you should bring a coat.

She is always up to speed on the weather forecast and has a talent for knowing when it’s going to rain.

She can tell when something is completely dry.

When it has been spun in the washing machine, hung out on the line with a good breeze, then aired on the clothes horse, a week in the airing cupboard and then ironed. Lastly she will do the chin test. Press the item against her chin and will then declare ”that’s dry alright”.

She has a cure for all ailments.

Flat 7 up/ Sprite cures all tummy upsets, bugs anything.

the answer to these problems====wear 2 pairs of knickers.

She knows the Power of Prayer.

Don’t know what to do, pray to Saint Rita (Patron saint of hopeless cases)

Need anything at all, pray to Padre  Pio.

MY favourite one is:  Make sure you have clean underwear on , in case you get knocked down and have to go to the hospital. I don’t want the doctors thinking you have a mother who doesn’t care about you!!!!! 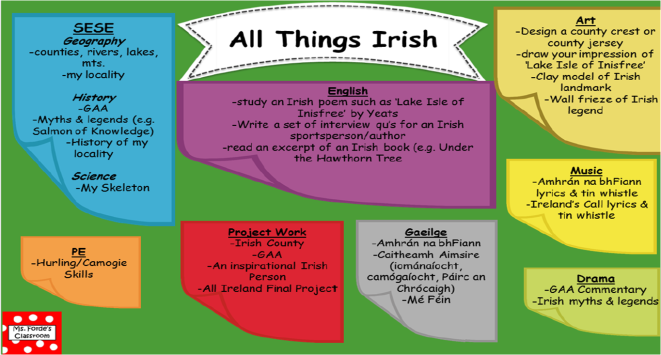 When I had my own family not much changed except for the meat and portions. Everyone got the same . Our Sunday breakfast was the same scramble to fill your plate and your mug full of freshly made tea, none of this coffee business with a fry. It was the time we all chatted about the week , the disco the  night before , who was wearing what, who shifted who (kissed).  There was no  inquisition but a freedom to go to Mass or not.

The Bank of Mammy is always open, and loans were/are made regularly with the promise ” I will pay you back when I get my cheque” this is still a standing joke at home , and if the loans had ever been paid back they were remade 100 times over. Your were /are also the financial advisor, councillor, organiser, referee , baby sitter,and taxi service.  Collection from the pub was/is another Irish mammy’s job, especially if you don’t live in the town. You have to have a lift in and out if you want any kind of social life. It can be compared to a school run. Bale as many people into the car , hopefully all going the same direction, try to get parking near the pub is impossible due to the other cars of parents equally pissed off that they have to drive out in their pjs in an effort to make sure the kids get home safely. But its done week in week out.

Irish mammies worry about what they will leave their children when they die, A house that’s to be divided, money equally divided too , jewellery and of course the bank account that has the funeral money in it. We don’t want to put added pressure on the kids to worry about  who has enough money to bury you.!!! It will be hard enough for them when you die.  Ohh  we are a dying breed.  Will the younger generation continue the Irish mammy traditions?  or,  like me keep some, and make new ones too. We will have to wait and see.

This is a text widget. The Text Widget allows you to add text or HTML to your sidebar. You can use a text widget to display text, links, images, HTML, or a combination of these. Edit them in the Widget section of the Customizer.
Loading Comments...
%d bloggers like this: